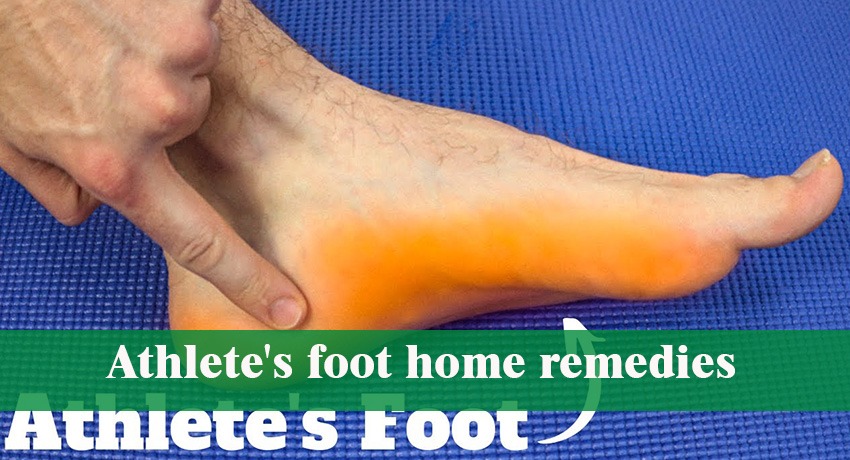 Cheap, natural remedies that you already have on hand at home and are supposed to work against athlete’s foot?

There are many people who like to rely on home remedies. That’s why the list of natural remedies that are supposed to help against fungal infections is long.

But do home remedies really help? Or are they even harmful?

Here I explain everything about home remedies against athlete’s foot.

These home remedies are often used against athlete’s foot

I have collected the most popular home remedies for athlete’s foot and present them to you individually here:

Oak bark has anti-inflammatory and sealing properties due to its tannins and is said to alleviate the symptoms of the areas affected by athlete’s foot.

In addition, it also has an antimicrobial effect. Unfortunately, the strength of its action is too weak and thus this treatment does not adequately combat the fungus.

Tea tree oil is an essential oil and is often mentioned and is a very popular home remedy for athlete’s foot or even nail fungus.

As with nail fungus, the effect is also too small for athlete’s foot.

Many give the undiluted oil directly on the area to be treated.

However, especially the concentrated oil is dangerous.

It can cause skin irritation.

Be careful with apple cider vinegar for athlete’s foot

There are no medical studies on vinegar that prove its effectiveness against fungal infections. Nevertheless, many swear by the natural apple cider vinegar.

Here, too, however, caution is advised:

Anyone who puts the undiluted vinegar on scaly, open skin can cause irritation, which can be extremely unpleasant.

Baking soda can be used preventively

Baking soda is supposed to provide dry feet. This is usually also good for athlete’s foot, yet baking soda has no fungicidal properties.

At most, it can be used preventively by sprinkling it on the feet and in the spaces between the toes.

Treatment with horseradish decoction from a horseradish rhizome is supposed to relieve inflammation, similar to oak bark.

However, the same applies here: Horseradish does not have fungicidal properties.

Is garlic the solution to athlete’s foot?

Garlic has antihypertensive and antibacterial effects, but is powerless against fungi.

Although the tuber is extremely healthy, it is not suitable for treating athlete’s foot so that it disappears.

What can oregano oil or sage oil?

Oregano and sage oils both have anti-inflammatory properties.

Mouthwash has no effect against the athlete’s foot pathogen. After treatment with it would be useless, it should not be used for treatment.

Urine is irritating to the skin and should never be used for athlete’s foot treatment.

Natron is comparable to baking soda and is also popularly used for athlete’s foot. Since it has very similar properties, it can also be used preventively.

Sodium bicarbonate binds moisture and thus keeps the skin dry. This does not like the moisture-loving athlete’s foot at all.

Can coconut oil fight athlete’s foot as a home remedy?

The good smelling coconut oil has light fungicidal properties. Due to the refatting effect, the skin is additionally cared for.

There are still no scientific studies on an effect against athlete’s foot, but there are already several indications that the oil should work well against an infection with Candida albicans.

After there is still no evidence of an effect, the application with coconut oil for athlete’s foot should only be accompanied by an antifungal therapy.

Also popular is the salt bath for athlete’s foot. Salt baths can be made by adding about 5 tablespoons of table salt to 1 L of warm water.

Then the feet can be bathed in it for a quarter of an hour.

It is important not to bathe the feet for too long and not to use too hot water, because this can also irritate the skin of the feet.

The foot baths focus only on the symptoms of athlete’s foot. However, the athlete’s foot pathogen is not fought and continues to exist!

There is no scientific evidence on the effects of home remedies against athlete’s foot.

Even if they usually have no side effects, one should not completely rely on the effect.