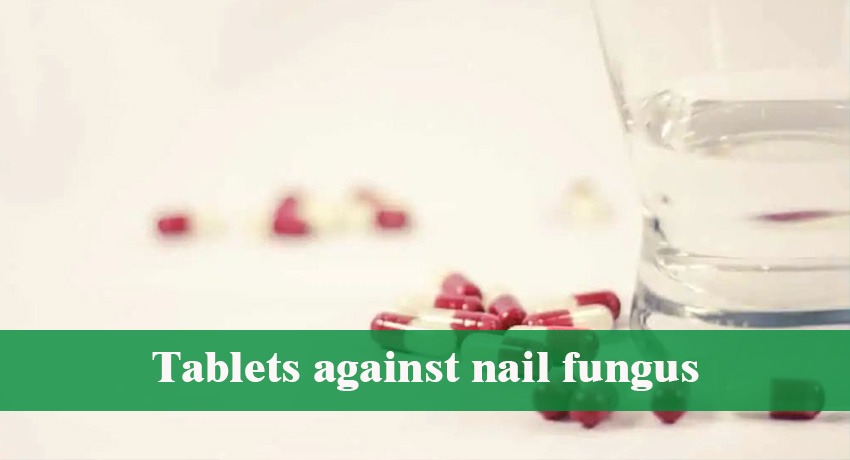 Anyone who has contracted the unsightly and unpleasant infection of nail fungus has several options for therapy.

Which nail fungus tablets are available for treatment?

When are they used, and do all tablets require a prescription?

You can find this and other information here.

In the initial stage, the affected nail can be treated with nail polish or cream for application.

However, suppose the disease is already advanced because treatment has been delayed or postponed. In that case, the doctor usually decides that the fungus must be fought with combination therapy of external and internal agents.

There are capsules or tablets against nail fungus, which are taken and act from the inside against the fungi on the nail. These are often combined with varnish or cream.

Antimycotics to be taken as medication against nail fungus are used if one has an enormously extended fungal infestation on the nail, the nail root or the nail bed is attacked, or several nails are affected at the same time.

The exact therapy is always decided and prescribed by the doctor.

Are there also tablets against nail fungus that are available without a prescription?

There are no over-the-counter tablets for nail fungus that you can buy without a doctor’s prescription.

All standard nail fungus tablets and capsules used in onychomycosis treatment require a prescription and must be prescribed by a doctor.

These medications have a fungicidal effect during treatment and fight the fungus of the nail from the inside out.

With the prescription, one can then purchase the medication at a pharmacy or online pharmacy.

If one wants over-the-counter drugs for nail fungus treatment, for example, proclearz is possible:

All antifungals in tablet or capsule form require a prescription and must be prescribed by a doctor (family doctor or dermatologist), depending on the symptoms, against the infection.

This overview lists the active ingredients that are commonly prescribed for oral nail fungus treatment:

Terbinafine is an active ingredient that acts on the nail in diseases caused by dermatophytes and molds. Terbinafine is one of the tablets against nail fungus most often prescribed by doctors.

It is taken with up to 250 mg once a day (always at the same time of day) with a glass of water, regardless of meals, depending on the degree of onychomycosis.

It may be necessary to take the nail fungus tablets for up to three months until the affected nail with nail fungus is cured.

The most common side effects of treatment include loss of appetite, headache, gastrointestinal complaints, rash on the skin, and joint and muscle pain.

Necessary: people with liver disease should not use the drug. Also, as a precaution, the drug should not be taken during pregnancy or while breastfeeding.

The active ingredient itraconazole is used to treat nail fungus caused by dermatophytes, molds, and yeasts. The recommended dose is two capsules of 100 mg of the active substance (200 mg in total) twice a day (in the morning and the evening) with a glass of water after meals.

It is an interval therapy against nail fungus, i.e., one week of an intake, followed by three weeks of intake break.**

Since the application may be repeated no more than three times, the maximum duration of nail fungus treatment with itraconazole is three months.

The doctor may prescribe nail fungus treatment without a break: In this case, the dosage is 200 mg once a day for three months.

The most common adverse drug reactions are skin rashes, headaches, and indigestion.

Itraconazole should not be used during pregnancy and breastfeeding.

The active ingredient fluconazole is effective when the pathogens yeast fungi and dermatophytes have attacked the nail plate. One 150 mg capsule is taken once a week, always on the same day of the week, with a glass of water.

**Important: Application and dosages of the active ingredients depend on various factors and can be individually modified by the doctor depending on the type of disease.

It can take six months (on the fingers) to a year (on the toes) for the nail fungus to disappear. Treatment should be done until the infected nail has grown out completely, healthy, and renewed.

However, the duration of treatment for nail fungus varies greatly. The growth rate of nails can vary greatly depending on the individual and age (see this post about it: How fast do fingernails grow?).

However, the remedies cannot promise a sure cure for nail fungus.

The most common side effects are abdominal pain, diarrhea, nausea, vomiting, elevated liver enzymes, rash on the skin, and headache.

Tablets against onychomycosis: experience and side effects.

There are many different customer opinions and experiences about nail fungus treatment with the individual medications for taking.

I have briefly summarized the most important ones for you:

Experience with Terbinafine for nail fungus.

Several patients have reported a good tolerance of the treatment with Terbinafine. Also, many agreed that the therapy must first be carried out consistently until the first successes are seen. (4 – 6 weeks)

The effect against nail fungus was very satisfactory in patients with few to no adverse side effects.

Some have complained of muscle pain, headache, and a loss of taste. Mild stomach discomfort may also occur.

Anyone who notices an allergic reaction should stop taking it and see a doctor as soon as possible.

Experience with itraconazole for nail fungus

Itraconazole is prescribed much less frequently for fungal infections of the nails than Terbinafine.

Some patients have reported experiencing almost no adverse effects.

Others experienced bowel problems (constipation) and swollen legs. In addition, some patients experienced hair loss. However, hair should recover after therapy is stopped.

Shortness of breath has also been reported, like swelling of the bronchi may occur.

Experience with fluconazole for nail fungus.

Fluconazole is least commonly prescribed for nail fungus and is used only when other treatment options have failed.

Patients have reported good efficacy. However, there have also been some side effects.

Many have experienced allergic reactions to the skin from the capsules. In addition, headaches and severe fatigue have occurred.

The higher the dose, the more severe the side effects.

There have also been customers who have not experienced any side effects.

Conclusion on tablets against nail fungus

If the fungal infection is already advanced, a doctor should always be consulted, prescribing tablets to take.

These then fight the fungus from the inside out.

If the nail fungus infection is still in its early stages, treatment can be carried out with over-the-counter medicines.

If one does not achieve success with the freely available remedies, a doctor should be consulted.

Unfortunately, however, all the remedies mentioned above cannot promise a safe cure for nail fungus.

Tablets against nail fungus: available without a prescription?
Scroll to top