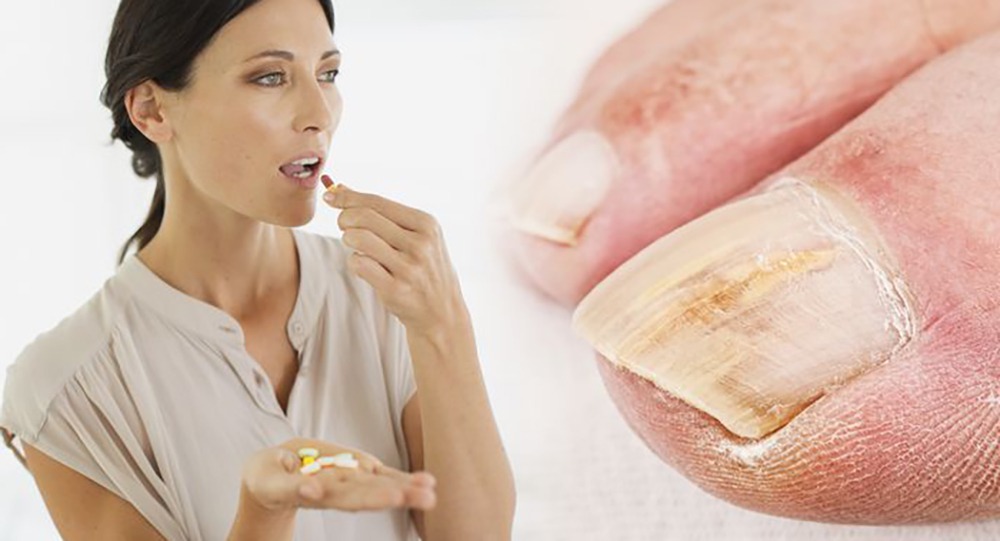 Healthy and beautiful nails reflect, among other things, physical health. In addition, they contribute to a well-groomed appearance.

Those who have problems with their fingernails, mainly because they are skinny and break or discolor quickly, like to hide them under clothing.

In addition to a weakened self-confidence, this can even lead to social withdrawal.

You can read in this article which vitamins are necessary for healthy and natural nail growth and what else helps!

The function of the nails

Our nails are mainly made up of keratin and keratinized skin cells from the nail roots. Keratin is a collective term for various fiber proteins that occurs in human fingernails, toenails, hair, and the claws, claws, or horns of animals.

Fingernails are used to protect the fingertips, which are very sensitive and full of nerve endings. In addition, the fingernail supports touching and gripping.

A nail consists of a nail plate that lies on the nail bed. The cuticle protrudes a little over the beginning of the nail plate and thus protects against the penetration of pathogens.

The nail matrix (also known as the nail root), connected to the skin, forms the nail plate.

The size or shape of a nail is genetically inherited and is determined by the bone structure of the fingers or toes and the nail root.

Nails reveal a lot about your health

Since nails are considered a mirror of health, unusual changes should by no means be ignored.

Many diseases are also noticeable in the following nail changes:

Grooves in the fingernails, transverse or longitudinal grooves, can occur due to a lack of fluids or nutrients and should be examined by a doctor if in doubt.

Special care should be taken if the nails are discolored! Anyone who notices yellowish or brownish changes in the nail plate may have become infected with nail fungus. Here you can find out more about the proper treatment:

This fungus feeds on keratin and, over time, destroys the affected nail.

Since the infection cannot heal on its own, treatment is essential.

Find out more in this blog post:  Yellow fingernails.

White spots on your nails are usually nothing to worry about. This color change, which is reminiscent of small clouds, is generally caused by a bump or crushing of the nail.

The causes of brittle nails are many. Those who suffer from flaky, cracked nails can also have a lack of nutrients in their body.

In addition, the nails can become brittle and dry due to environmental influences such as the change of season or frequent work in a damp environment.

These vitamins strengthen the toenails and fingernails

Some vitamins are necessary for the natural growth of the nails. In the following, I have briefly summarized the individual vitamins and their function:

Biotin is also known as the vitamin in the nails and has, among other things, the task of stimulating the formation of keratin in the body.

Keratin is the main component of our nails and is required in sufficient quantities for natural nail growth. In addition, the vitamin is also necessary for healthy hair growth.

Those who are deficient in vitamin H can see brittle nails and dull hair over time.

Provitamin A & Vitamin A

Vitamin A and its precursor provitamin A (also beta-carotene) are essential for healthy nail growth. The vitamin is required for various metabolic processes in the body.

Vitamin A can be taken indirectly from foods of animal origin. It can be found in milk, egg yolks, fish, or liver, for example.

The precursor provitamin A can be obtained from plant-based foods. Carrots, in particular, have a high beta-carotene content. Other foods rich in provitamin A are spinach, pumpkin, kale, or apricots.

If there is a lack of vitamin A, the nails, among other things, are affected and appear brittle and fragile.

Vitamin A is one of the fat-soluble vitamins. Therefore, if overdosed, it can harm the body.

However, the overdose can only be achieved by consuming too much animal food. The provitamin A from plant-based products is only converted into vitamin A in the body when needed.

Vitamin B2 has a central role in the metabolic system. As a coenzyme, it has the task of supporting the conversion of proteins into substances and substances.

Even a slight deficiency in riboflavin can be seen on hair and nails. You become dry, and the deficit quickly leads to hair loss.

In food, vitamin B2 is mainly found in whole grain, dairy products, and broccoli. Anyone deficient in the vitamin should counteract this with suitable dietary supplements under medical advice.

Pantothenic acid is also involved in many metabolic processes. It is essential for the structure of connective tissue, mucous membranes, hair, and nails. It also supports the body’s immune system.

Usually, vitamin B5 deficiency is very rare unless the body is severely malnourished.

Pyridoxine, also called vitamin B6, is required for the formation of the amino acid cysteine. This is important for the nails because cysteine is a significant component of the keratin that makes up the nail plate.

The vitamin is found in meat, fish, whole grain products, legumes, carrots, and bananas, among other things.

Folic acid is involved in various growth processes in the body and must be taken in through food. The human organism cannot synthesize the vitamin itself.

Because vitamin B9 plays a central role in the metabolic system, it is also responsible for the healthy growth of nails, hair, and skin.

To absorb folic acid with food, care should be taken to ensure that enough lettuce, spinach, asparagus, potatoes, whole grain products, legumes, and animal foods such as eggs or dairy products are consumed.

The body needs a higher amount of folic acid, especially during pregnancy and breastfeeding. Here, taking nutritional supplements can be helpful.

Especially with the proper diet, you can contribute to beautiful, healthy, and strong nails yourself.

If you eat healthy and varied, you have a much lower risk of developing a vitamin or mineral deficiency, thus suffering from brittle and brittle nails.

Vitamins and minerals as nutritional supplements for the nails

If you have a vitamin or mineral deficiency, you can get the missing substances through dietary supplements. Food supplements contain nutrients such as vitamins or minerals in concentrated form and high doses.

They are available as tablets, capsules, or powder. Well-known food supplements are vitamin C, magnesium, protein powder, or nootropics such as Alpha-GPC.

A doctor should examine beforehand whether and which deficiency exists.

Various preparations are available to replace the necessary vitamins and trace elements.

Price Disclaimer
Vitamins for nail fungus: this is how they grow healthy and beautiful!
Scroll to top